Do these topics sound familiar to you?

Yes, we’ve read these kinds of claims in Facebook groups and online articles, too.

But let’s just stop for a minute and think about what we are missing when we talk about how to build a fast-growing seven- or eight-figure eCommerce company.

Is it the targeting, offer, copy, landing page, more products or something else that contributes most to success?

While all of the above are great and can be effective ways to scale your revenue, something very important is still missing.

After working on more than 100 different projects, selling products ranging from €15 to products that sell for €10,000, running thousands and thousands of tests, talking to other eCommerce owners who are doing eight+ figures and analysing millions of ads, we’ve finally found the secret:

It’s the number of creatives you are able to test, iterate and scale.

We also love to say that …

Automation and optimisation are kings, but content creation is King Kong.

Sounds interesting, but what does it really mean?

Let’s dive into an example so you can fully understand the power of testing different creatives in an eCommerce growth engine.

PROBLEM: Stuck at a certain level and running out of ideas for what to test.

An eCommerce client based in Europe was growing super fast, going from 0 to high seven figures in less than two years. The team was expanding, they moved to new offices, they were highly profitable, and it looked like they had everything figured out.

They were living their dreams…

But suddenly, the growth stopped.

They were opening new markets, adding new products, testing different targetings, creating structured remarketing funnels, and following all the guidelines from Facebook’s Power5, but the growth just wasn’t there anymore.

The founders reached out to us and told us about their challenges.

After analysing their ad accounts and analytics, our first question was:

“How many creatives do you test on a weekly basis?”

This was a huge shock for us because we were talking to the founders of a company that was spending more than €10k per day on Facebook ads, yet they only tested up to 10 creatives per week?!

We also need to tell you that we have huge respect for this client and that everything else on their side was done amazingly well:

Their reaction to our advice that they needed 3x, 5x or even 10x the number of creatives they were testing on a weekly basis was: “No, we can’t afford that.” We were confused. They were testing ideas that were really difficult to execute on new products, new markets and so on—but the low-hanging fruit of simply changing the creatives had not yet been utilised.

Their reasoning was that they were outsourcing to a video agency that specialised in TV commercials, which cost them more than €1000 for a single video ad. As such, it would be far too expensive to increase the number of creatives they tested each week.

SOLUTION: Build your creative engine to roll out 50 (10x) creatives to test a week.

To fix the content creation problems with cost and quantity, we analysed different possibilities based on cost, speed, control and diversity. Here are our top three possible solutions:

Why did we choose UGC?

RESULTS: UGC improved the client’s ROAS by 50%+ and beat all the other creatives

In eCommerce, results have to be demonstrated quickly and reliably. This is why we built an easy-to-execute experimentation program with UGC and took it out into the wild to see what would stick.

The company’s original investment in content creation was €25,000 per month for 25 videos, so we agreed on an extra €5000 that we could spend to generate content with the help of influencers and content creators to see if we could get some traction.

So, first, we analysed what was already working on the client’s ad account and looked for inspiration inside their competitors’ ads libraries.

Based on that, we developed a brief for our content creators, defined the deliverables and reached out to our selected creators.

The results blew us away and fueled the growth of the company.

One week of testing: UGC ads were the ultimate winner

We received 130 videos and 400 photos from our content creators, and our editors used those to create more than 200 iterations for videos. In addition, we tested around 100 different images, as well as thumbnails, Instagram Stories, dark posts and Facebook Link ads.

So, the first question that probably pops-up in your mind is:

“How is it possible to achieve better results with an 80% lower investment?”

Yeah, that’s the power of UGC.

Why Did It Work?

The people who were creating the content were using those platforms on a daily basis. They post a lot of content and have a good read on what will catch the attention of other users.

So, on our side, we found the right influencers and creators who would identify with the brand, create content and also generate sales directly from their followers.

By getting more platform-native content for a lower price, you have a lot more room to play with different iterations of videos, test more, learn more and sell more.

But there is even more…

It will transform the way you do digital marketing.

Based on our experience of scaling multiple international brands to seven and eight figures, as well as generating more than €100MM in revenue with a +3.5 ROAS, using UGC is one of the most effective ways to scale your eCommerce sales and grow your profits.

Some of the world’s best companies—Nike, Apple, Madewell, Glossier, GoPro and many others—are using UGC to create impactful relationships with their clients.

At WeScale, we help our selected partners to build their UGC generation and creation systems to help them 5-10x the number of creatives that they can test on a weekly basis.

We support business by:

Our aim is to create campaigns with the best native content for platforms, as well as build brand affinity and scalability for clients to help them grow their business in their existing markets and enter new markets.

Do you want to collaborate with us on scaling up your eCommerce business and taking it to the next level? 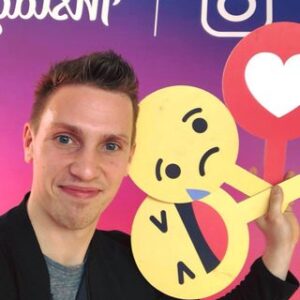